I know that the "real" first day of Spring occurs somewhere between March 19th and 21st each year.

In my mind, though, we're not "in the clear" until today.

Here is why -- On April 15th, 1996, there was a short lived yet nasty snow storm. On this link, you can see the picture of the snow flake on the 15th, and that the prior Thursday it got up to 82 degrees. Some of my buddies and I even played some touch football that prior week, only to get snowed on a few days later. Pretty standard Iowa weather.

It was my Junior year in high school, and that year there were something like 15-20 snow days (at least it felt that way). This is significant because in Ottumwa (at least), seniors graduated about 2 weeks before the school year actually ended. AND, if there were snow days, seniors didn't have to make them up. Of course, the thing that ticks me off is that MY senior year there were only 2 or 3 snow days. Grrrr. 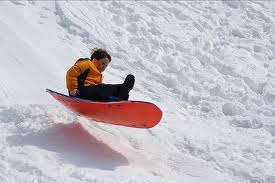 I went sledding that day, just so that I could say I went sledding on April 15th. IIRC, my friends Peter Hemmings and Brian Harrison got their car stuck on another car's bumper in the slope between the upper and lower pit.

So, take the shovel out of the trunk of your car, plant some squash, take down the snow fence, etc. We're in the clear now, folks!