My First Road Trip (One County Over)

During my senior year of high school, I was finally allowed to drive somewhere out of town. I had to ask permission of my parents/beg them to allow me. Where was the destination of this adventure? Oskaloosa - literally one county north.
The purpose of the trip was to watch a cross-country match. Well, it was even less cool than that, it was a JV cross-country match. Just going from memory, I think Ian Kenning and Shawn Neary tried out for cross-country our senior year and made the JV team . . . maybe Erin Alberty too. Why? I have no idea, other than I would guess that they had a fairly light acedemic year (a lot of my piers and I had a light senior year) and just wanted one last chance at a different experience. Why not. 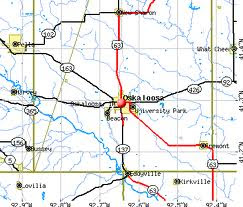 So I went with a couple of my slightly younger peers -- my "sophomore friends." I do not remember which ones. I would be inclined to say Charlie Knight and Brad Williams . . . but I dunno.
The track meet was really boring. But what an amazing drive!!!
Posted by dugroz at 7:03 PM No comments:


In High School, most of my friends had a car of some kind that they could call their very own. Usually this would be your stereotypical cheap, used "starter car," but we loved them nonetheless.

I took Driver's Education class in the summer between my freshman and sophomore years of High School, and turned 16 in March of my sophomore year. The following summer I got my first car: a light blue 1988 Pontiac Grand-Am. My dad and I picked it up at the small place right where Vine Street ended - right before it dead-ended south of the river.* I think it was Martz Auto.

It wasn't much of anything, but I sure liked it and it served my purposes well, primarily driving to school, around town, to friend's homes, and to school related activities. I also had it for my first 3 years of college.

Peter Hemmings had a black 1988 Ford Festiva (not to be confused with the "Fiesta."). Later, in college, I accidentally broke the passenger-side windshield with my roommate's forehead.

Kevin Crotty had a red 1988 Chevy Sprint. The iconic image was Kevin arriving for marching band practice with 7 seconds to spare, pulling into the gravel lower pit while pulling the parking brake, skidding, and falling out of the door with trombone in hand ready to march. Probably a slight exaggeration of an actual remembrance. I also remember I was in his car (I think he was driving me home) when he got his first speeding ticket, going 37 in a 25 MPH zone on North Court.

- Brian Jackson had an old Chevy LUV pickup, probably from the 1970's - DOT orange. I recall it had a radio with dials only, AM only, and one central speaker in the dashboard that didn't work too well.

- Matt Bednar had a GEO tracker - very cool (well, cool for 1996). I vaguely remember that one time someone put it in neutral (or it was left in neutral) and it rolled into another car in the Lutheran church parking lot (you could pay to park there, to avoid the distance and hazards of the upper or lower pit [the "public" student parking areas]).

- Dave Eilers had a big gray boat of a car, of some kind. His fame was that he was the first of my friends to get a car (must have had a birthday that made him "old" for the grade).

- Shawn Neary had some kind of dark red sedan, possibly a Buick Century or something like that.

- Chirs Knight got a big cream or white car at some point, although it seems like it was later than the rest of us.

- John Huston had a big creamy yellow sedan, probably from the 70's or very early 80's.

- It seems like I remember that Thad Fiscella, a fellow percussionist in band, had a fairly nice car that was aqua green of some kind. The weird thing was, my senior year I gave him rides to marching band practice and he paid me like $1 per day for that service. I'm not sure why, but I think it was because his dad didn't want him to park the "nice" car in one of the pits.


Do you remember any of these cars? Or did I leave out any of my High School acquaintances? If so, please post a comment.

NOTE: These pictures are simply random cars I found on Google Images that look "close enough" to what I remember. Not a photo of the actual car.

* Vine Street used to have a bridge over the Des Moines river that was closed and torn down before I was born - or at least old enough to remember. It was always very easy to see where it "should have been," though, especially from the south, it was the road that ran directly in front of the main entrance to John Deere. Vine street is also famous - in my opinion - for being the worst exit ramp ever. Highway 34/63 ran like an interstate through there (now just 34 due to the bypass), and the exit ramp in either direction basically requires you to slow from 45 down to 25 or less in about 15 feet and make a hard 90 degree turn to the right that starts a terribly sharp hair-pin style ramp.

If I ever move back to Ottumwa and run for mayor, my sole platform will be to bring back the Vine St. bridge. Because I assume mayors do that kind of stuff.

A "Sevie" is a derogatory term for a "Seventh Grader."

As a Sevie, your big concerns in life often center around being picked on by 8th graders in the hallways between classes. Still adjusting to the concept of having many teachers (instead of just one main one), you are learning to thrive and avoid conflict. I didn't have too many runs-in as a Sevie; I tried my best to avoid eye-contact with the scariest 8th graders (the ones who had the kinda-sorta moustache, or who were repeating 8th grade for the 2nd or 3rd time), and for the most part that strategy worked very well. 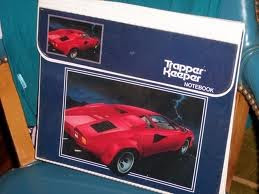 I only remember getting picked on once, and that was when a mean 8th grader knocked my trapper keeper out of my hands and spilled my papers all over the floor*. Unfortunately, this was fairly common, and you usually couldn't go more than a week without seeing it happen to at least one or two of your fellow Sevies.

A well-known way to combat this was to attach a thumb-tack, pointy side up, to your trapper keeper. I did this only once, and on that particular day, no one tried to knock mine out of my hands. However, I did observe this "working" once: a friend** of mine named John Kunert used the thumb tack method once, and an 8th grader hit his trapper keeper from above, and, although he did knock it out of John's hand, he got quite a poke from the tack and said, "Owww! That hurt quite a lot! You stupid Sevie!" (Or, something like that, of course his exact words may have been a bit more crude...)

* For my younger/foreign viewers, a "traper keeper" is a large, plastic 3-ring binder that has a flap on one end that covers your trappers and velcros shut. A "trapper" is just a pocket folder with the pockets on the side instead of the bottoms. A great way to keep track of your papers and worksheets is to have one trapper for each subject.

** John Kunert was a "friend" in the sense of a school friend - we spoke at school and on the after-lunch playground, but never hung out outside of school - although he did loan me a "They Might Be Giants" tape*** at some point. I think he was in band. I think he played trombone. He didn't finish high school with us. I wonder what happened to him?