A few weeks ago, I decided that it was time to have "the talk" with my boys. They were starting to ask a lot of questions, and I felt like I was just trying to beat around the bush when answering them. After all, who wants to be dishonest with their children? I know, you're probably thinking, "aren't your kids a little young for that?" But even their church friends were starting to talk about it -- and I'd rather have them hear it from their own dad than from someone else.

I even bought a special book to make it easier to explain. So, Saturday before last, I sat them down and decided to tell them. 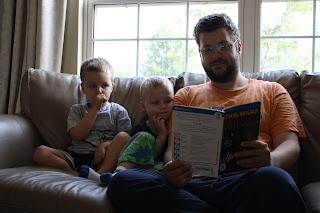 Yes, I decided to tell them that Anakin Skywalker and Darth Vader are the same person.

Ben & Joe took it very well. We read through the book "The Story of Darth Vader." It's written on a very young level, and doesn't have any of the really scary pictures. They were very excited to learn what really happened to Anakin on the "volcano island" (this is what they call the planet Mustafar; not sure why). 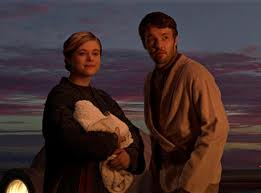 I offered to let them watch the part of Episode III where Padme delivers the twins and the subsequent part where Luke & Leia are sent off to their new homes (By the way -- is it just me, or do Uncle Owen and Aunt Beru age horribly between the trilogies? I mean, they are probably mid-twenties at this point, and when we next see them 18 or so years later, they look in the late 60's to early 70's? I guess raising Luke was an ordeal). Don't worry, Grandmas, there is nothing graphic in there. Obviously, I skipped the part where he falls on a bed of hot lava rocks and ... you know. 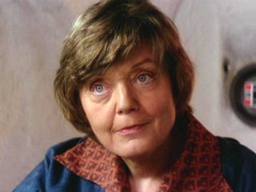 Ben was really excited, but Joe had one of those moments where he thought something would be scary, even though it wasn't. So he hid upstairs and asked me to call him when the credits came on -- he really likes credits! 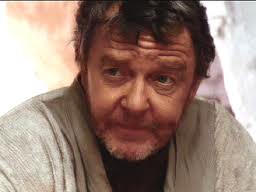