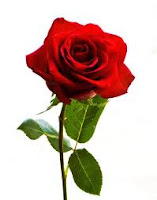 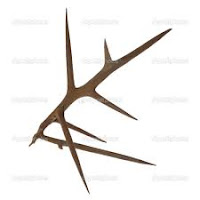 A ROSE to Benjamin for often calling a cemetery a "grave garden." I think I like this term better anyhow!

A ROSE to Hardees. I like Hardees in general, and am glad that one was built at Euclid and NE 14th, even though I've only eaten there a few times. I miss the one in Ankeny, which disappeared I would guess 10+ years ago. It's the Ankeny Animal & Avian Clinic now.

A THORN to many, many patrons of gas stations. I think gas stations should have two mandatory check out lines: one for normal people and one for people who don't understand life. For example, a few weeks ago I popped in just to buy a pop and a snack -- I was in a hurry and should be in and out in 2 minutes flat.  When I got to the cashier, there we two boisterous ladies in the line. The lady who was paying had the contents of her purse splayed across the counter. After paying, she SLOWLY started reassembling the contents while laughing about something with her friend and totally ignoring everything happening around her. The young cashier was obviously thinking "um, please MOVE!" but was too timid to say anything. It only took about 90 seconds, but still, that felt like an eternity.

A THORN to the bank teller last Saturday. The man in line ahead of me was doing some kind of complicated transaction. "No, the province is Quebec..." said the man, "OK... and what country is that?" asked the teller. ("Quebec, Mexico" I said under my breath.)

A ROSE to the late Dick Layman, the WHO radio news anchor who passed away recently at the age of 59. I recall that on the morning of September 11th, 2001 I was driving to work at FBBC. (Yes, I know, driving all the way from 226 College Ave. to the Admin Building . . . I must have been late, because I heard the 8:00 news on the car radio.) "It's like something out of a movie," Layman said, "a plane has crashed into one of the twin towers of the World Trade Center; we'll have more details as they become available."