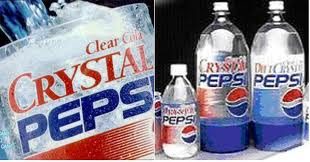 A few days ago I was surfing YouTube, reminiscing as I occasionally do about cartoons, etc. (see prior article, here). By chance, I came across a video about Crystal Pepsi (if you're not sure what that is, see a summary here ).

The guy in the video was describing Crystal Pepsi from both a marketing point of view, and an experiential point of view. The thing that struck me as odd, however, is that the guy in the video seemed to be no more than 25 years old -- if I am estimating to the high end, and I think the video is no more than 1 year old.
If you're one of my high school friends, you may remember that odd/eventful day that a Pepsi truck parked in front of OHS, and every student got a free bottle of Crystal Pepsi. I emphasize "bottle" because that's all it was -- a bottle. A sealed, empty bottle (somewhere in my parent's house I think I still have it). I'm not sure what the thought there was -- maybe they weren't allowed to give out free pop at school? Maybe it was cheaper? Or maybe just a marketing ploy?
So, according to my research, there was only one year that I was both in High School and Crystal Pepsi was still being made, and that would have been Fall of 1993 -- my freshman year. That also means that the poster in the video was at most age 7 in 1993 -- 2nd grade. How much could a 2nd grader remember about a soft drink? That it existed, yes, certainly. Buying it at a gas station -- that is possible. But the marketing of it? The over-hypedness of it? Come on, there's no way you remember that. You may have read about it, researched it, heard about it, but that's probably all.
For some reason, that bothered me. I can't really explain it, but it obviously bothered other readers, too, as the most popular comment was one suggesting that the author was too young to have really experientially understood it.
We've all heard the saying "act your age;" I think there is also an unwritten rule that could be called "reminisce your age." Meaning this -- you need to be careful to distinguish between things you have experienced, and things you have just researched and have some degree of expertise in.
For example, I really like learning about the presidents. I was born in March of 1979, so I was alive during the Carter administration for about 1.75 years; but it would be a bit presumptive to say, "yeah, remember the Carter years? Man, "we" sure went through a rough patch there." Frankly, I didn't really understand much about politics during the Reagan or Bush 41 years either. I can write about those things from a point of view based on research, but not "memory," more than a few glimpses.
So I was thinking of things I genuinely do remember enough to understand -- or at least partially understand. And based on that, here are some things I would like to see if you remember along with me.
January 28, 1986 -- Challenger Disaster

At 10:38 AM (central) on this date, I was in Miss Kosman's 1st grade class at Horace Mann Elementary School. The small, grainy TV had been turned on only perhaps 5 minutes earlier so that we could watch teacher-turned-astronaut Christa McAuliffe teach a lesson as part of NASA's new "Teacher In Space" project. This is probably my earliest memory of a national event.
Now, of course I didn't remember the exact date and time, and I didn't remember the name of the teacher or the NASA mission. I didn't know or understand the cause and consequences until I read about it years later. But I do vividly remember that for several days beforehand, we were told that we would be watching a teacher teach a lesson of some kind from outer-space. Of course that would be memorable! I remember that when the shuttle exploded, we were all stunned and not exactly sure what had happened. Miss Kosman turned off the TV almost right away - probably trying to shield us from seeing something we shouldn't see - but it was clear from her reaction that something had gone terribly wrong. Several students were outwardly emotional/weepy. Oddly, I don't remember what happened next. I don't know if she gave us a "heart-to-heart" talk, or if she just ignored it and moved on to the next subject. Either way, can you imagine being a lower-elementary teacher in that situation? 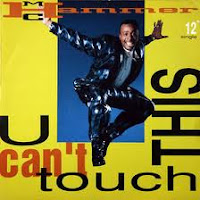 During 4th grade, (the '88-'89 school year) my neighbor and friend Abe moved away. Roughly one year later, he came back to Ottumwa for a visit. I don't know why, but I distinctly recall being on the playground at Horace Mann, just the two of us (it must have either been summer or a Saturday), when he asked me, "Hey, have you heard about these two cool new music groups: M.C. Hammer and Vanilla Ice?" Of course, my parents never would have allowed me to own that kind of tape . . . nor did I really care to. (Abe also came back to visit for my kickin' 11th (or 12th?) birthday pool party at the "new" Super 8 in town. Our birthdays were both in March, I think.)
1991-1994 - Channel One
The '91-'92 school year was the first year that Channel One came to Ottumwa, at least to Evans Jr. High. Channel One was a 10-15 minute "news program" that students in grades 7-12 were forced to watch each morning during 1st period, in exchange for free TV's in each classroom (it was supported by commercial advertising during the program). Lisa Ling & Anderson Cooper were on during this era. I remember a lot of Pepsi commercials and Michael Jackson singing "Black or White." Also, in 7th grade I still remember doing the pledge of allegiance each morning in Mrs. Beisch's reading class (which was 1st period for me) right before (or after?) Channel One. I don't recall that in any subsequent years. [Note: even though I didn't graduate until '97, starting in 10th grade I had band 1st period, and we were exempted from watching it. That is why I listed the end year as '94.]
April 19, 1995 - Oklahoma City Bombing
It occurred around 9:00 AM, and Mr. Hansen, my 1oth grade History teacher, turned on the TV and we watched the news coverage of the happenings for the whole of 2nd period.
October 3, 1995 - O.J. Simpson Verdict
Early in 11th grade this time . . . the verdict was read at lunch time, and I had just walked into the basement cafeteria (I looked it up online, it was at 10:00 Pacific Time, which would have been noon our time). Someone - probably a school employee - had set up a TV along the south wall. Everyone I spoke with was shocked.
1996-97 (approx.) - SURGE 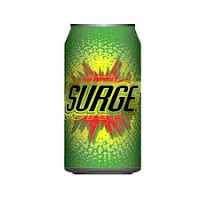 This time it was a Coca-Cola truck that parked in front of the High School one day, and we all got a free can of SURGE (full, this time). Yuck!
Obviously, I could go on with more, but now we're closing in on college, so that seems like a good stopping point. Please share your own memories with me in the comments below!
Posted by dugroz at 8:13 AM